During President Obama’s historic speech at Cairo University in Egypt last June, he describe a vision to, “invest in online learning for teachers and children around the world; and create a new online network, so a young person in Kansas can communicate instantly with a young person in Cairo.” 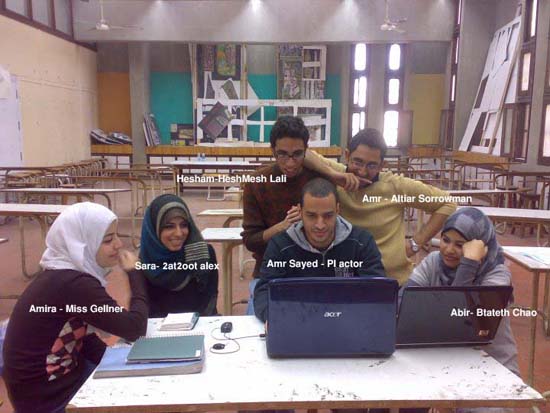 If you’ve spent any time in a virtual world at all, you know that the ‘online network’ Obama described doesn’t need to be created, it already exists.  Students don’t merely use it to ‘communicate,’ as they would in a phone call or web conference, they are able to discover new cultures, make new friends, learn, and collaborate on a very deep level inside of an immersive environment where geography is completely irrelevant. 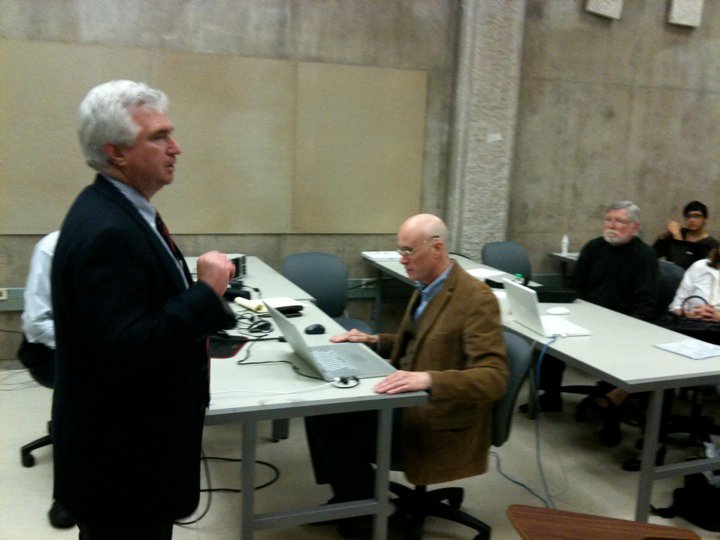 Visionaries like Dr. Amr Attia from Cairo’s Ain Shams University and California-based architect David Denton, have volunteered countless hours and joined forced with Kara Bartelt at the USC School of Architecture to organize this project, with modest support pledged from the United States Department of State to realize Obama’s ‘Kansas to Cairo’ vision – a project they first discussed at a panel hosted by the State Department last June (read more about this architectural panel held in Second Life on america.gov or watch video coverage here).

Using Second Life, architecture students in Egypt and the U.S. are working together side by side, collaborating on design concepts inside the realtime, 3D, virtual world – even though they are physically located on opposite sides of the planet.  In the screenshot below, I am interviewing some of the students from Cairo, who proudly opened a variety of 3D models they had been working on, one after another, right before my eyes.  As we walked together through their design ideas, I realized that this moment was Saturday for me, Sunday for them, and we were 6,200 miles apart – yet sharing the same space, at the same time.  I felt sure that I was witnessing a phenomenon with world changing potential, and the students certainly agree. 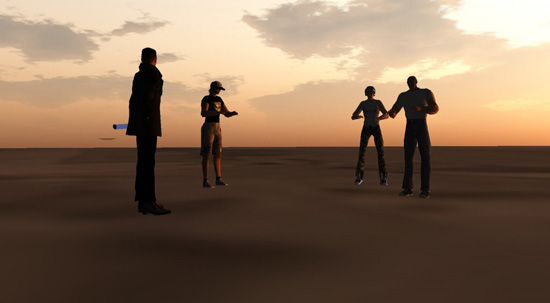 One of the Egyptian architecture students, Mohammed Ahmed Alfiky, had this to say about it:

“This Second Life project is helping me make direct contact with other students of a different culture, a different architectural school and different way of thinking.  It will inspire me to make more effective designs, and critique my work from a different point of view.”

The U.S. Department of State has offered funding to bring several of the Egyptian students to the U.S. – a prospect that obviously has both students very excited.

During several visits to their space in Second Life, I have had the good fortune of talking with some incredibly bright and enthusiastic students from both Egypt and the U.S.   It is difficult to describe just how excited they are about this project – so I’ll borrow quotes directly from them so they can say it in their own words:

“Imagine all of this put together …. collaboration and group work on an international scale, dealing with a whole different culture , language and view of life.  Over and above getting to master the use of the virtual world as a tool to make your fantasies become a reality… I think this is what the Kansas to Cairo project offers us new ideas, new tools, and a better percetion of life and of future work in architecure and urban planning.” – Hebatullah Aly Ghali 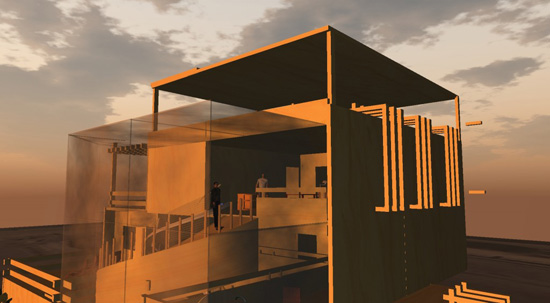 “After working with 3DS Max for 5yrs , I found Second Life to be an easy new tool for architecture visualization, where I can represent myself, my work, my culture and my country.  In education, it helps anybody learn –  anytime, anywhere.  In general, Second Life is drawing a new future for exchanging, learning, collaborating, working and connecting people of all ages.”   – Sayed Abdul Mohsen 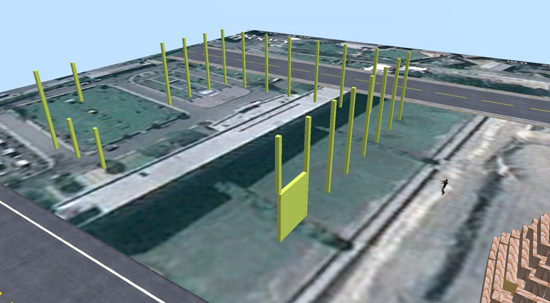 “I think Second Life is a great public participation tool as it is easy that anyone can use it .” -Amr Mohamed Abdelaal 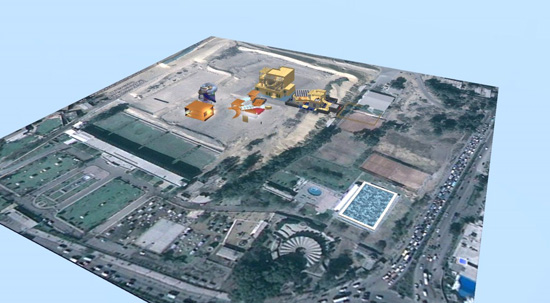 “I think that Second Life is a platform for collaboration that breaks down cultural barriers and designing in it is a constructive path to narrow the division between eastern and western societies.” – Salma Muhammad. 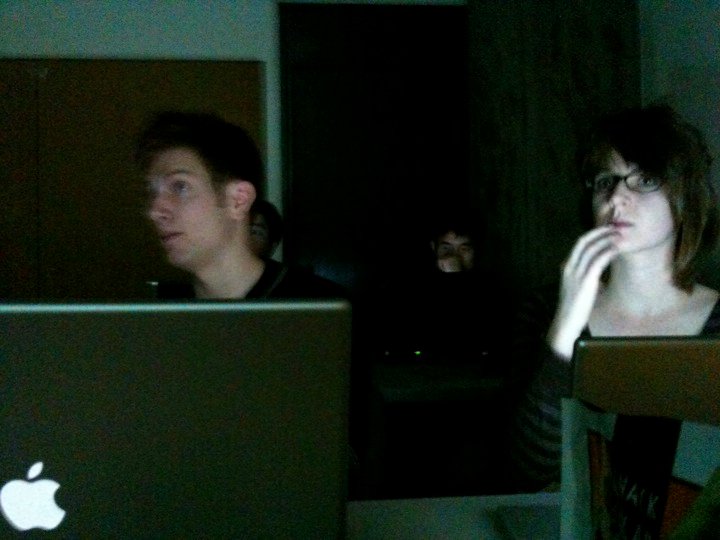 “I’ve been most impressed by the speed at which our architecture students have picked up building in Second Life and by the easy flow of information from person to person.  Once the students got past the initial awkwardness of getting used to talking, showing themselves as an avatar, the neutrality of the virtual world became a favorable platform and they were easily able to share ideas, lessons about building, information and anecdotes about about the real site in Cairo they are designing for, etc.”

This is something I hear educators saying repeatedly – that the ‘neutrality,’ as Kara puts it, is a real benefit of the virtual environment.  We often hear of very shy students who rarely participate in class coming to life and being very expressive in a virtual environment, but in this case, the level playing field even reduces potential tensions caused by cultural or language barriers.  Kara goes on to say,

“Students were able to easily assimilate into this new role and didn’t feel inhibited by other social pressures or even language.  The other interesting thing we’re doing is although the students may speak different languages, they are all fluent in the architectural language. A window in the US or in Egypt is the similar – and stylistic approaches beside – we’re all able to appreciate space in the same way now via Second Life. Actually going about walking, viewing, virtually touching, hearing and looking through the student’s creations is an amazing experience. This project is exemplifying the future of architectural collaboration in an academic setting as well as how it will work collaborating with your client and building team on a real world project.”

As we witness a project that has achieved President Obama’s vision verbatim, it seems clear to me that this project deserves every bit of the same support and attention given to the multitude of other million-dollar programs described in similar speeches – yet the support has been relatively minimal thus far, amounting to travel stipends for a few students.  When I interviewed architect David Denton about the project, he expressed similar concerns.

“I’m enormously appreciative of the support that has been pledged, but I feel very strongly that this is a program that is of tremendous benefit, and that more resources should be made available to create an expanded ongoing program that would include many universities, in both the United States and in other countries around the world.”

I agree, and I can’t imagine why a project with so much potential wouldn’t be able to secure greater support.  David adds,

“I’m hoping to drum up support to get that funding increased.  Surely the Obama administration can find a way to be more supportive financially with the project that was announced in a major international speech in Cairo by the President.” 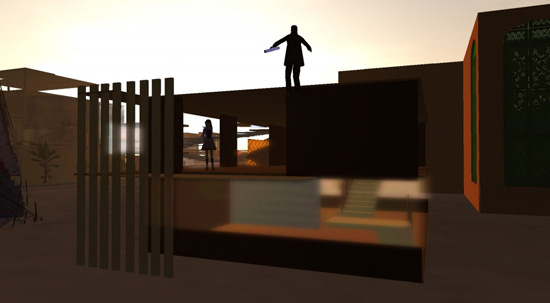 With no other visible projects on the table to carry Obama’s promise forward, I’m hopeful that they will be able to find the support they need to successfully complete this project, and send a message that this wasn’t an empty promise.  Even though this project has only just begun, it is easy to tell that it is already changing the lives and opening doors for many of the students involved with the project.  Virtual worlds offer a tremendous opportunity for cross-cultural, international collaboration between schools of architecture, and this program is definitely worth far greater support than it has achieved so far.

Obama concluded his famous Cairo speech with this thought that I think is particularly relevant here.

“I want to particularly say, to young people of every faith and every country: YOU of all people have the ability to re-imagine the world; to remake this world”.

Visit their virtual studio in Second Life sometime, and see a group of passionate students doing just that. 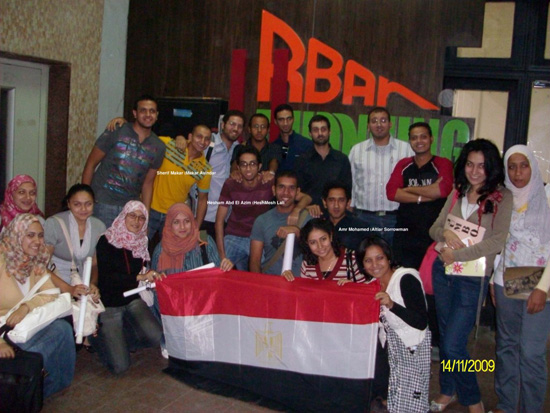