This post is one of several in a series where we’re brainstorming the UI/UX overhaul for Immerse Creator — available on Steam in Early Access (here). Immerse Creator is compatible with Oculus Rift CV1, HTC Vive, and basic compatibility with Windows Mixed Reality headsets.

We’re very interested in hearing your input! Please share thoughts below in comments, or on the Community Hub here.

Today was a particularly exciting brainstorming session, as we started testing prototypes inside VR, inside Immerse Creator. Don built a prototype implementation of the UI system we’ve been brainstorming, and it worked really well. We had to run to other meetings before finishing this discussion, so we’ll continue on Monday. 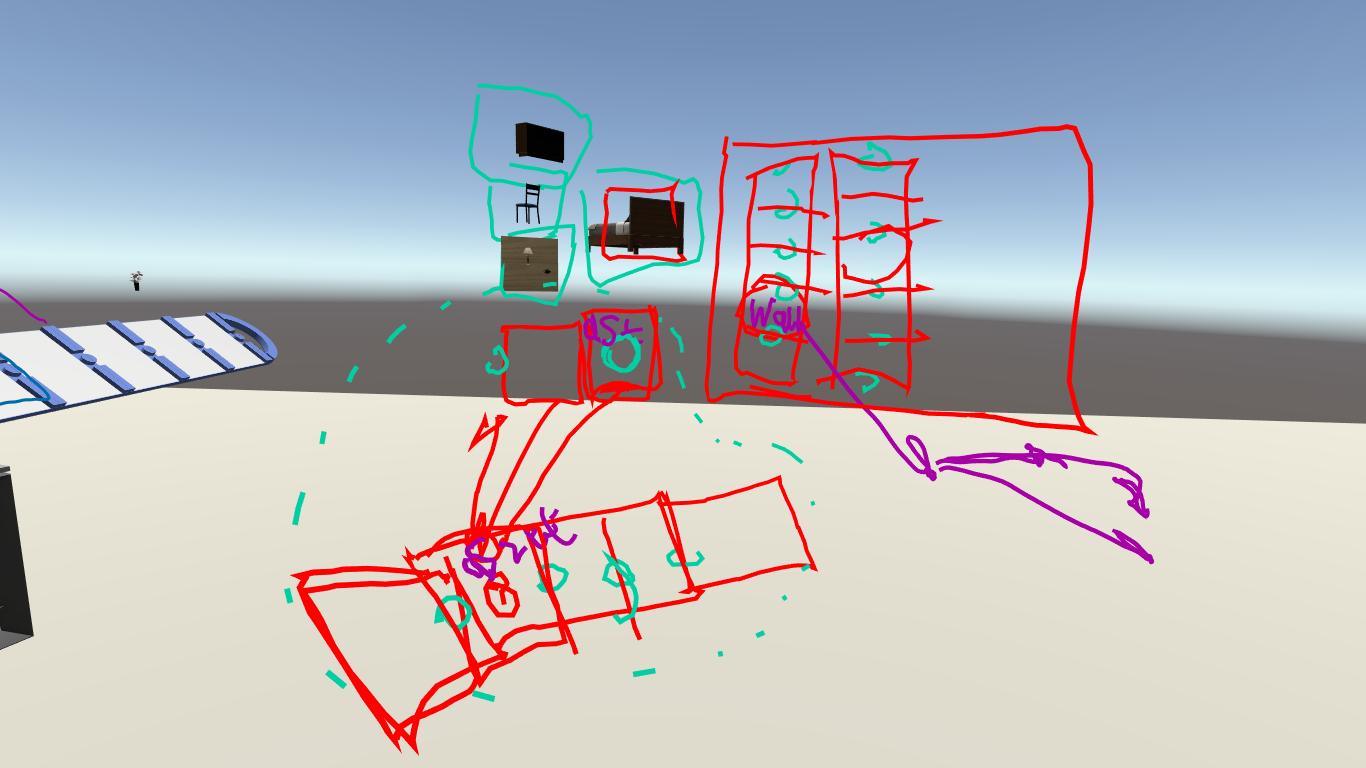